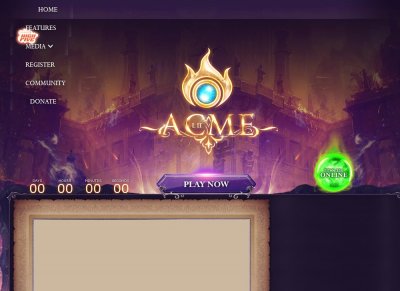 This is a dream project we have put our hearts and souls into this and you will see what we meant in game. Our server will be an open-beta project and we will fix bugs as well as balancing server's economy and drops depending on what our players will desire.As far as custom stuff goes we do not add anything extra apart from some special hero skills . Also we would like to mention that every Castle's owner will receive a full set or weapon of his desire but more
on that later on. Also we would like to give people the choice to have a server edited by them by voting in our forum's polls I would like to mention that our server's settings will be set by us until a poll wins the majority by a large number .
And these polls will be :


We do want to listen to people , we do want to make this a success we have seen so many projects go down and we do not want that to happen to us , we will be close to our community and we will let the community decide on what they want to see on our server by voting and by talking to us. if people will support us we will support them and help them have a great time in our server.

Every castle owner will receice an S84 set and weapon
10 , 5 , 4 , 3 , 2 ,1 Gold Coins 70% Chance to drop from Raidboss system depending on the strength of the raidboss (we will announce next week from wich ones)
Any Clan that Conquers Aden Castle in September will receive 200 $ cash Transfered via paypall or western union.
80% Chance to drop Elegia And Vesper Items from Valakas , Baium , Antharas
You Have the chance to be the first and the best in a great High Five Official PTS Server.