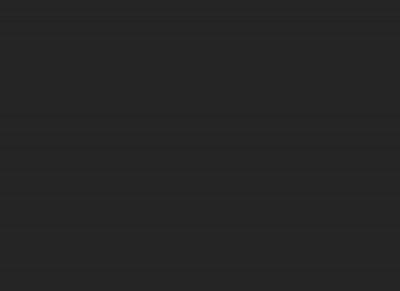 Fast Augmentation
- If you double click on the Lifestone, your equipped weapon gets augmented.
- If you get a skill, you get an announcement on screen and the weapon gets unequipped automatically.
- The retail augmentation system is still working for old school players.

Sieges
- Available castles for the moment: Giran, Aden, Innadril
- Sieges are scheduled every Sunday at 17:00 (GMT+2).

Clan Ranking
- We've developed a new engine which counts your clan's efficiency based on actions.
- You can increase your clan's ranking in the ladder by hunting bosses, conquering castles & killing war enemies.
- Every Sunday, the top 3 clans of the ladder win a big prize.

Grand Olympiad
- The Grand Olympiad Games start at 18:00 and finish at 00:00 (GMT+2).
- New heroes every sunday at 12:00 PM (GMT+2).
- Your enchant counts as +4 while in olympiad game (enchantment doesn't change, only stats).
- Hero weapons are now enchantable & playable.
- Nobless Gate Pass has been replaced with Drip Token for every olympiad fight victory.

Character Menu
- By typing .menu you have access to many features related to your character.
- You can control your party invitations, trade requests, incoming buffs and personal messages.
- Also, you can check server's popularity and basic information & rates.

Real Time Balance
- We are using a unique balancing system which helps us readjust balance in real time.
- Please, don't complain about balance while developing your character.
- Balance is adjusted based on end-game.

Real Party Zone
- The party zone is chaotic, that means a lot of PvP action.
- The drops of Chaotic Monsters are individual for each party member (more members, higher multiplier).
- All party members have to do a specific amount of damage to get drops.
- Bishops get drops too, based on their healing value.

Dungeons (boss difficulty: high)
- An underground chaotic zone with 5 chaotic arenas.
- In every arena there is a raid boss.
- Respawn time for each dungeon boss is 6 hours.
- Exclusive drop of this zone: Epic Jewel Box (rewards you with a random Epic Jewel).

Dynamic PvP Zone
- Changes automatically every 1 hour.
- Top 3 players based on PvP kills are getting rewarded.
- Bishops are not allowed to enter this zone.
- There is 20% chance for 'Blessed' version of the zone. Special rewards inside when the zone is 'Blessed'.
- Blessed version rewards: x2 PvP Kills, x2 PvP Reward, 10% chance to get Drip Token and 1% chance to get an exclusive reward.

Vote Engine
- Individual vote system with multiple sites.
- Voting at least 3 vote sites, unlocks the Vote Blessing at Magic Supporter.
- Vote Blessing increases your P.Def. +6%, M.Def. +6%, Speed +4%.
- Global vote reward for all online players.
- Weekly Voter Event, the player with the most votes at the end of the week wins.