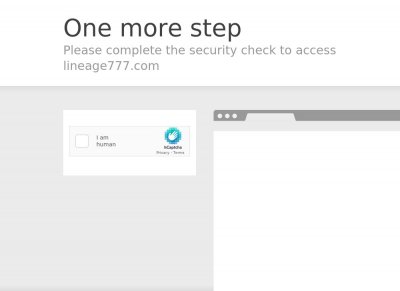 Sub-Class does not require a quest. The maximum quantity is 5.
Now you do not need to complete the quest for the nobless completely. Reagents are available at GM Shop.
Respawn Noble RB (Barakiel) = 4 hours (+ - 30 minutes).
The level of Noble RB and Minions is 80.
To get the items from quest you must be at the subclass of 75+ level.
siege.png Siege:

Sieges every week (Saturdays and Sundays).
Sieges only 2 castles (Giran on Saturdays and Goddard on Sundays) for maximum concentration of epic battles.
Automatic 50 Coin of Luck reward for capturing castles.
The first sieges will take place on Febrarty 27 and 28 !
Registration for the siege closes 2 hours before the siege begins (120 minutes)
olympiad.png Olympiad:

Duration of the Olympiad: from 18:00 to 24:00 Moscow time
Olympiad period 1 week
Start of the Olympiad - 20 Febrarty
The first issuance of hero from 28 Febrary 0:15 (you need to get hero at the pillar)
Maximum sharpening at the Olympics +6. Things above have a +6 sharpening stats.
HWID protection.
Extra-class fights require 3 player registrations.
The minimum number of battles for getting into the list of those fighting for the title of a hero is 9. Of these, the minimum number of victories is 1.
topls76.png Augmentation (Life Stone):

Safe enchant +3. On failure (blessed by scrolls), it is reset to safe.
Weapon +16, armor +14, jewelry +14.
A balanced chance of enchant.
The odds are the same for both regular and Blessed scrolls.
clan.png Clan system:

All clan penalty are canceled (except for the dissolution of the clan = 1 day).
When creating any clan already has 8 level.
The maximum number of people in a clan is 27. (The Royal Guard and the Order of the Knights are disabled)
An alliance can only be created to make a large clan badge. maximum number of clans in the alliance = 1.
Reputation for killing a character from an enemy clan - 0
To learn clan skills, you need clan eggs that can be obtained on a dino island with Tyrannosaurus
Clan skills apply to all characters in a clan, regardless of rank.
about.png Features / Other:

Adena - is the main currency of GM shop. It is obtained from all monsters.
Festival Adena - can be obtained at events, from champions, from Raid Bosses or mobs 76+
Coin of Luck - can be obtained by donating to the project.
commands.png Commands at server: